Ten Things I Think, But Do Not Say, When People Say "I'll Tip In The App" 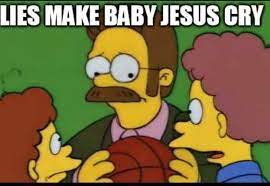 As that's a binding verbal contract and you can tip before the ride is over, I'm just going to lock the doors and wait for you to do that.

Please, Kind Sir? I've Been Ever So Good!

The curse of Allah be on him if he is one of the liars. Great. Now I've got to write down where you live and come back with protestors if you don't. And that giant inflatable rat smells.

OK, but just the tip.

In John 8:44 we learn that liars are "the children of your father the devil and you love to do the evil things he does." Give me cash now, or tip in the app before you leave the car, if you want to avoid eternal damnation.

How much, exactly? I'll be following up. (cracks knuckles)

The spreadsheet that I keep tells me that 93% of the time, you won't. Surprise me.

at August 07, 2022 No comments:
Email ThisBlogThis!Share to TwitterShare to FacebookShare to Pinterest

Moments from the lawless cities

I drive at night, generally. I consult during the day, I'm not a morning person, I like to run when its cooler and quieter out. But this also means I see stuff which, if you piece them together, just create a narrative of society falling apart. Such as:

> An impassioned screed for Alex Jones on a Wawa bathroom wall, answered by diametrically opposed profanity. The next day, it's aggressively bleached.

> Pulling up to a light with a clear no turn on red sign, no hours limitations. Stopping. Driver behind me swerves to the middle lane and drives through the red.

> More or less routine pot smell for passengers, especially the ones that make me wait to get in the car.

> Pulling up to a yellow light turning red. Braking to stop. Driver behind me swerves to middle, runs the red.

> Dirt bike riders without headlights or helmets, driving in packs, disregarding all traffic laws, on sidewalks and everywhere else.

> Male passenger enters the car without wearing a shirt, dictates directions counter to the address or GPS directions, and insists that I pass a stopped police car, rather than consider another route or waiting a minute to make sure we're safe to pass.

> Going to a truck stop bathroom, only to have the guy in the next stall decide it's the time and place to watch his TikTok feed without headphones.

> Routinely getting passed on residential highways posted for 55 and 65 miles per hour by people doing 1.5 to 2X that speed

There's a lot of theories going around as to why this kind of bad behavior is on the rise. Income inequality becoming more strained due to the pandemic and inflation. Climate change stress giving way to a form of nihilism. Police and courts doing less due to the pandemic, body cam footage, or just the simple knowledge that the Uwalde footage showed, which is that cops prioritize going home at the end of the shift over anything else. Racism and classism piggy-backing on any weed odor. And so on.

All that I can tell you from the front lines is that you can tell any story you like.

But that the negative one always seems to be an easier one to start.

at July 26, 2022 No comments:
Email ThisBlogThis!Share to TwitterShare to FacebookShare to Pinterest 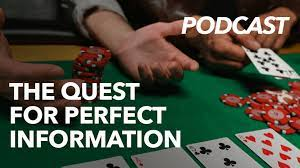 I've had this conversation dozens of times during my time as a rideshare driver.
The passenger gets in the car, listens to me confirm the address and amenities, and then launches into a tirade about how their last driver did such and such. Usually involving canceling the ride.
And while it's rarely, if ever, in my interest to be confrontational or defend some other driver that may or may not be defensible...
The fact of the matter is that I am 100% certain that I've inspired this same conversation for other drivers.
So, here's why it happens.
1) You didn't value the driver's time. Rideshare drivers make about 3X as much money for moving as we do for waiting. No rideshare driver wants to wait. For anything. Ever.
2) Other passengers do value the driver's time. We know the way the app works -- how the map shows the car going to your location, how reminders and alerts pop up, etc. Depending on the day and area, passengers are ready and waiting for us, to the point of not having to worry about parking, annoying other drivers, or running afoul of police attention.
So we know passengers can do better. Those that don't are making a choice not to. And ideally, we would spend our time as efficiently as possible, for people that allow us to do that.
3) A cancel may save the driver from future drama. The passenger that's using the full clock and beyond to get in the car often has other things going on in their life that will spill over into this transaction. Whether or not the driver has time for that is highly variable.
The only real drawback of this is when the ap pings you with the person you just canceled. That's not exactly a comfortable moment. If I had the ability to 3-star a passenger and prevent the next attempt at the ride that didn't happen, I totally would. As is, they more often than not get 3 stars at the end of the re-started ride anyway.
4) The ap told us to. Especially in the middle of a long shift, it's far easier to press the button the second it lets you, rather than extend more courtesy to people who have already exhausted the legal limit. Many drivers are just going to do what the ap tells them to, especially if they are preoccupied with other thoughts (and well, that can happen).
5) There's a better price on another app. Seven out of ten drivers are on more than one platform, and there's often a better deal brewing somewhere else. Canceling a slow passenger and going to the other platform may also help us avoid getting the slow passenger again.
6) People who make you wait do not tip any more than people that do not. You might think this isn't the case, and that you are totally going to tip the driver for putting them out like this... but, well, passengers who make the driver wait are already breaking the social contract. Expecting them to make up for it is not where, frankly, the data lies.
7) We've got a rides completion bonus to make, and tardy pickups aren't helping. Rideshare platforms routinely gives drivers a Quest number to make before a certain deadline. As we don't control how many requests we get, nor how far they are going or how long they might take, getting to the next passenger who isn't dawdling may be in our strong personal interest.
8) Your area isn't a comfortable place to wait. Rideshare drivers are a little bit like any worker in a hazardous occupation; our first goal is to get home safe, and everything else is secondary. If your area is tight with traffic, heavy with police presence, or puts as at risk of being accosted by people with life challenges... we're getting out of Dodge at the first moment we can. You probably would too.
9) Your rating (or destination) is telling us not to wait. I don't generally pay a lot of attention to a passenger's rating when I accept a ride. I've got about 10-15 seconds to do that, looking at the screen while driving is not terribly safe, and for all I know, you've been the victim of a single unreliable driver. I can always 3-star a passenger at the completion of the ride, and bad fares make for better stories (and grist for this blog!) later. Nearly everyone gets the first ride.
But when I'm sitting for time with nothing else to do while a passenger isn't getting in the car? Well, howdy, I'm checking your rating, Or thinking about how nice it would be to not have to go to your remote destination that isn't likely to make for a good period of my day's earnings.
10) We're making it better for the next driver. Want to know the commonality of everyone who gets in my car after a previous driver canceled on them? They all got there before the clock ran out. Funny coincidence, yes?
at June 16, 2022 No comments:
Email ThisBlogThis!Share to TwitterShare to FacebookShare to Pinterest Lyft's most prominent gamification mode for me in 2022 is the use of streaks. Do 3 in a row, no cancels, you get a bonus. It changes the math, but it does open you up to sudden and terrible trips to places you have no desire to go to, that will more or less ruin your shift. (That'd be New York. Anything that takes me to New York is frankly terrible. Tolls, traffic, terrible aggressive drivers, I don't know the roads or potholes, the GPS isn't infallible and I can't pick up anyone in the state. I never want to drive there. No one ever should. Moving on.)

Last night, I'm working a few hours with the goal of getting clear by 9pm, so I can take a few hours off and watch the NBA Finals game. Lyft had a 3 for $18 streak starting at 7pm. Exactly at that time, as I'm heading south on Route 1 outside of Princeton, I turn on the ap. With luck, I'll bang out 3, have a decent hour, then turn it off and head back.

Boom, boom, boom. Three short rides with three pleasant people later, with two of them tipping, I've made $37 in 30 minutes, which is to say, about as much as you can ever hope to make on this, absent a spectacular tipping moment. (I've had a couple of people in the course of 22K rides who gave me $100. More of that, please.)

More importantly, I've done so fast enough to double up on the streak bonus... but now I'm at risk of missing the game. Roll the dice.

The next three are longer and don't tip (less than 10% of passengers do, and this is a 5+ year data set)... but finishes the run 10 minutes from my house, 15 minutes before the game starts. I gassed up the car, made myself a sandwich and watched the game.

at June 14, 2022 No comments:
Email ThisBlogThis!Share to TwitterShare to FacebookShare to Pinterest
Older Posts Home
Subscribe to: Posts (Atom)

Ten Things I Think, But Do Not Say, When People Say "I'll Tip In The App"

Pwomise, Daddy, pwomise? As that's a binding verbal contract and you can tip before the ride is over, I'm just going to lock the do...

DMtShooter
I've been taking money in fantasy sports and paying the bills with words since the mid '80s. Just not enough of it.